Happy Mothers Day: A review of "No Need for Seduction" by Victoria Libertore and " 'night Mother" by White Horse Theater Company

Some species are known for eating their young. Human beings consume their children in a particular way. Not in the physical sense, but certainly in the way parents inhabit their progeny almost metaphysically from the crucial formative years of life until life's end. That nuclear connection between mother and child, father, son and daughter, and every other familial permutation we can think of, never ceases to influence the person and his or her destiny. This relationship between parent and child is the common thread running through the two very different theatrical experiences I had this week. Mothers figure prominently in both.

On the surface "No Need for Seduction" currently running at Dixon Place, might be mistaken for a travel-log, or a sexy, romantic romp through the mind of a provocative and beautiful, if neurotic, seductress. It is all of that. But it is also deeply revelatory and cathartic in the most delightful, disturbing and subtle of ways. I have seen some one-person performances in my time. Eric Bogosian's "Wake Up and Smell the Coffee", John Leguizamo's "Freak", and "The Agony and the Ecstasy of Steve Jobs" by Mike Daisy to name a few. And I am a huge fan of Spalding Gray, though I never got to see him live and in person. Eve Ensler in "The Good Body" also comes to mind when comparing performances of one-person events. They all demonstrated the power to command a stage and tell a story with a minimum of other players, props, or lighting. They were able to transform the facts and stories about their own lives into theatrical art. This is what Victoria Libertore accomplishes with "No Need for Seduction". In doing so she exhibits not only her own generosity, but also the generosity of her partner, Jen who is prominently featured in the piece.

Directed by Leigh Fondakowski, best known for her work on "The Laramie Project", we are swept along with Libertore as she says safety prayers to Kali the Destroyer, mother of mayhem, and strokes the head of Ganesh. We hike the mountains of Bali at sunrise and swim in the infinity pool of Villa Shambala. We place pennies on the railroad tracks outside Columbus, Ohio and share their trauma as they are flattened by the passing train.

Works of art have a distinct habit of striking deep into the heart of the viewer. A place where undeniable connections are made, however remote, to ones own life. In her telling of the time Libertore spent with her father, the reality of my own mother's history came flooding over me and continues to land as I write. A sore that will never heal is stroked almost reverently. As we laugh at the absurd and the mundane and the profane, the pain at the core of our first, and often brutal consummations, where our innocence is eaten like a holy communion wafer, where sores are left to fester for the rest of our lives; through theater we display them for what they are: badges of honor. And in that display let healing replace self-loathing and doubt even though the wound remains forever. Libertore channels her departed mother who, like the spirit of Judy Garland, is hovering over the stage providing an angelically spectral air to the vaulted ceiling of the cellar space.

Across town, at the Hudson Guild Theater, and at the other end of the theatrical spectrum, White Horse Theater Company, founded by Cyndy Marion and Rod Switzer, celebrates its 10th Anniversary of existence with a brilliant production of Marsh Norman's Pulitzer Prize winning play " 'night Mother". In a departure for the company this marks the first attempt of a main stage effort by a female playwright. And what a departure.

When I first saw this play on Broadway in 2004 I couldn't wait for Edie Falco to put a bullet in her head and end my misery. I was confused about whether I was supposed to feel that way, or if somehow the revival failed to accomplish what the original had done. All that changed as I watched Laura Siner as Jessie and Joy Franz as Thelma (Mama), prepare for the heart wrenching and inevitable conclusion. Cyndy Marion, at the absolute height of her power as a director gives her amazing actors the space to explore this emotionally gruesome spectacle.

Joy Franz is breathtaking as Mama. Her performance is matched color for color by Laura Siner who last lit up the White Horse Stage with a luminous portrayal of Miriam in Tennessee Williams' "In the Bar of a Tokyo Hotel." Relationships to illness, failure and old wounds come to the fore in this production, providing meaning to a cup of cocoa, and high drama to spilling the manicure tray in a tantrum of frustration. The huge clock on the wall and the ticking sound effect, which I only began to notice as time wound down to the final, crushing moments, underscored the preciousness of life and how every second counts. Current issues headlining mainstream media like suicide and the problems of the "sandwich" generation make this production very timely indeed. Kudos. Bravo.

The transformative power of what happens to us when we take ourselves out of the routine comfort zones of day-to-day life portrayed wonderfully by performers really flexing their muscles, displaying their chops in the intimacy of theaters like Hudson Guild or Dixon Place makes the effort to seek alternatives to Broadway and Off-Broadway so rewarding.

I am going to call my mom now and have a long conversation about how happy I am to be able to speak with her on Mother's Day. To my mom, and to my surrogate mother's, my two older sisters, Marti, and Patty...Have a wonderful, beautiful Mother's Day. I love you all. 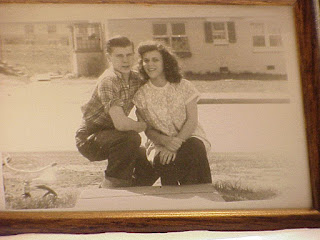 Posted by MDRansom at 9:22 AM No comments: Links to this post

After working all weekend...starting with a great class with Building's University and the Inspector Training Academy where I led the new recruits in an Introduction to Blue Print Reading for Inspectors. That jump-started my work week on Friday morning. I worked...a lot of hours out of the last 72. And I still have loads to do, like practically re-invent my next course due to be taught on the 14th. But today is for me. Most folks get the weekend...I get the week beginning. A time where I can try to catch up with my own thoughts in the quiet of my own home with not too many distractions. 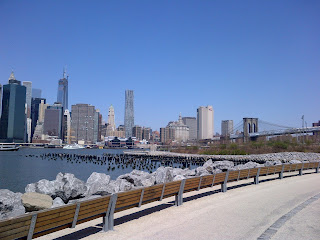 Maybe I will take a slow ride on my red bike. But Brooklyn is particularly ugly this morning. I chose not to photograph a broken bag of garbage being constantly run over in the middle of Court Street, or the dead pet rat on the sidewalk. I say pet because it looked plump and clean, brown, not gray, but dead all the same, right there on the sidewalk next to a lamp post...outside a restaurant. 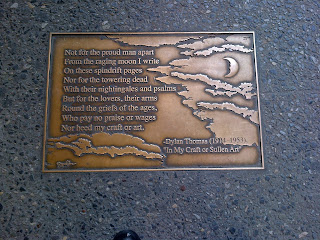 Maybe I will write something, or work on something I've already written. Lord knows the novel is stuck in limbo. Buried beyond Blue Print Reading and A Day in the Life of a Building Inspector. Sandwiched between the Administrative Code and the 2008 Building Code: An Introduction. Lost in all those details is the story of a man and his city, his past and his present, his sense of duty, and his obligation to himself...Or maybe I will clean the apartment, or get to painting the bathroom. Or...Maybe I will read my horoscope and see what advice the stars have for me...OR... 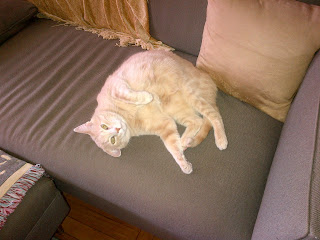 OR...maybe I'll just stay in and rub that kitty belly.

Posted by MDRansom at 8:15 AM No comments: Links to this post

APRIL..parting IS such sweet sorrow... 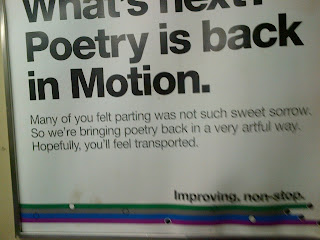 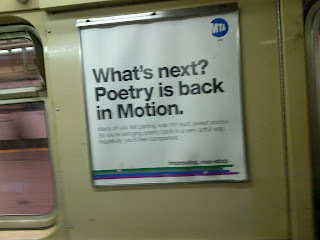 It may be a bit hard to read, but now that Poetry Month is over and the Lilacs are in full bloom in dooryards and lanes all over Brooklyn... 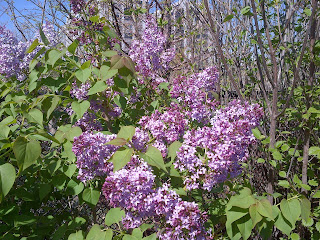 I am reporting from the county of Kings that proof readers for the MTA are illiterate. While a return of Poetry in Motion is a welcome sight in the subway system of New York, you would think they would announce it correctly and give us more than two poems. Though both lovely how many times can you read the same thing over and over everyday? 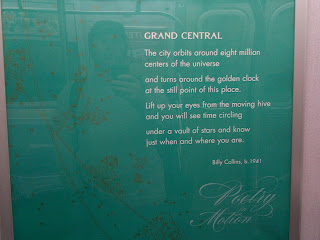 I do prefer the one about Grand Central as it makes me want to deviate from my path and wander that awe inspiring man-made cavern myself for an hour visiting the world famous Oyster Bar far below the streets busy and bustling with whatever. Ah, spring, she is here at last with cool temperatures and not too many April showers. Yesterday I actually stopped and put my face into that bush you see pictured.

And if that scent doesn't get you roused you are probably planted in the earth yourself. Yes, I stopped and smelled the flowers. Life is still beautiful in sparse moments, even though there remains so much for which we must remain on guard. Happy May Day to those who remember the May Pole and the May Fate. May Day! May Day! We are not going down...at least not in a bad way.
Posted by MDRansom at 7:09 AM No comments: Links to this post