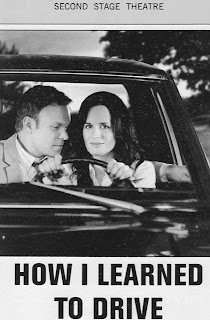 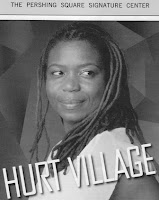 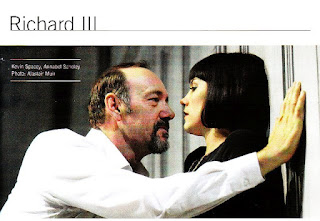 In my humble opinion, the only reason Broadway exists is so we can have Off-Broadway…and Off-Off-Broadway. So far this year we have seen BAM’s final installment of The Bridge Project, Shakespeare’s Richard the III with Kevin Spacey, Paula Vogel’s How I Learned to Drive, and a reading of Jess Foster’s play in development, Freezer Dreams. We also made our first excursion to the new Pershing Square Signature Theater to see Katori Hall’s Hurt Village.


A full three days after the fact, the language, the characters, the set, and the themes of this play are still affecting me. Hall does not shy away from stereotypes, in fact, she indulges so deeply in them that I felt almost bombarded, but instead of an alienating effect, I felt there was a moment where I went beyond the cliches and saw the characters as tragic figures, heroes and villains for whom I had the greatest empathy and sincerest sympathy as well. I could not help but love them all.

Set in a Memphis housing project slated for demolition to make way for a gentrified neighborhood where our cast of characters could not afford to live, the story unfolds with a triumphant homecoming by Buggy, a Bush-era Iraqi war veteran. That is the feel good moment in the play. It would be inaccurate to say it was all downhill from there, but the emotionally torturous ride we take is anything but smooth. The veteran returns home to continue his decline as a young black father whose only options seem to be either work for the Kingpin drug dealer, or deal drugs himself.

The language reminded me of Shakespeare in its inventiveness and its clear communication of where these characters live, what their dreams and hopes are, and what their reality inevitably is. Names like Ebony, Crank, Cookie, and Skillet evoke the nature and personal history of each character. It is a bitter, bleak existence for Big Mama and her family, 13 year old Cookie who is the light of everyone’s life in the play with her genius wit and fierce heart, and Crank, Cookie’s mother, a recovering addict. Like Chekov’s Cherry Orchard, the three have to find a new place to live as Big Mama’s home of nearly 30 years faces the wrecking ball. Big Mama, the only member of this small community with a legitimate job working graveyard shifts at the VA as a nurse’s aid, makes too much money to qualify for government subsidized housing.

Tony C. is the local mob boss who controls all the action in Hurt Village, Cornbread is a low level rival and Toyia is his main girl. Tony C. and Buggy have a history that goes way back and is perhaps the ulterior motive of Buggy’s to encroach on Tony C.’s turf. The end is as predictable as Hamlet, though, only one person dies, and he is the weakest link. In the end, that same hope and verve with which the play began somehow endures, and life goes on even if the projects don’t. Every big city has its Hurt Village. Full of struggle, dignity, agony and ecstasy. This Hurt Village will roll you over like a bull dozer.

David Gallo’s set literally pits the dilapidated institutional bunker-like housing project against the brand-name construction of new condominiums. On the wall of Big Mama’s kitchen are three photographic portraits: one of Buggy in his uniform posed with the American Flag, the other of Tiffany, Buggy’s late mother, and a third of a jovial Martin Luther King Jr. reminiscent of the famous portrait of Jesus laughing. Katori Hall is also the author of The Mountain Top which ran on Broadway this season and is about the last days of Dr. King.

Directed by Patricia McGregor, stellar performances were turned in by Ron Cephas Jones (whom we also saw last fall in the Public’s Titus Andronicus) and Tonya Pinkins (whom we saw in Kushner’s Caroline or Change). Joaquina Kalukango as the precocious, erudite 13 year old Cookie is no stranger to Off-Broadway and is a delight to behold. The entire cast turns in a solid ensemble effort and deals with the material honestly and with great pride and dignity.

“Nothing good ever comes out of the projects” Buggy says. If Hurt Village was born and raised there, in the projects, I have to disagree.

Directed by Cyndy A. Marion, Freezer Dreams is a tight family drama that tells the story of post modern crisis in America as a teenager with a rare, life threatening disease struggles to survive her circumstances and how everyone’s life is affected by the choices she and her family must make to keep her alive.

Jess Foster, playwright, is no stranger to the White Horse. Her play Mourning Sun received a reading last season in this same series. With this new work in development, Ms Foster continues to blend elements of the fantastical with those of the literal to create a provocative and engaging piece by probing such issues as modern technology, socialization, and a subject I like to call “Silent Majority Fame”, the phenomenon where-by ordinary people become celebrities via exposure on reality shows or the internet. Judging form the lively post-reading discussion, Ms Foster struck several major chords and a few minor ones as well. Her gift for dialog displayed in all its electric glory last night as a panel of actors featuring Katie Hartman, Becky Byers, and Cynthia Shaw dazzled the assembly with an apt reading. Heather Lee Rodgers and Jen Wiener also brightly shone in supporting roles.

Directed by Sam Mendes, featuring Kevin Spacey in the title roll, need I say more? This is a theatre experience one should not miss. Sam Mendes breaks Shakespeare’s political allegory down by character, making sure at every turn you know what is happening, and who is who. With formidable use of his lead actor, combined with judicious use of multimedia, and live musicians not only scoring the action with music but creating live sound effects as well, this is a riveting interpretation of the Bard’s evil King.

HOW I LEARNED TO DRIVE

Finally, I would like to write about this masterpiece by Paula Vogel. We saw maybe the first or second preview of this Modern American Greek Tragedy at 2ND Stage. I had read the text, but the characterizations of the chorus and of Uncle Peck not only illuminated their human foibles, but also the time and place in the history of human kind became immediately accessible to me. Of course, the taboo subject of this play was not so much a problem for the ancients whose values included torture and slavery. How far we have come?

The story of Uncle Peck played wonderfully by Norbert Leo Butz and Lil’ Bit portrayed by Elizabeth Reaser is told episodically and out of sequence so as to not alienate the viewer from the start. Until the final scenes, one would think this a tragic love story about a post-traumatically stressed Vietnam Vet and the inappropriate relationship he has with his niece, but it inevitably becomes a story about how we are trapped by the hypocrisy of our times and a much deeper, darker malady in the mind and spirit of an individual. Despite the disturbing turn of events at the end of the play, this is a moving night of theatre. Inventive, engaging and superbly entertaining. Highly recommended.

We are finally breaking down and going to see a Broadway production (just to ensure Broadway does not dry up and blow away on a stiff breeze from the Hudson). We are going to see the Andrew Lloyd Weber’s passion play. I first saw this produced back at Staten Island’s now defunct Civic Theater in the late 1970’s and have loved it ever since.

That’s all for now, thank you for reading,

Mark.
Posted by MDRansom at 10:31 AM No comments: Links to this post