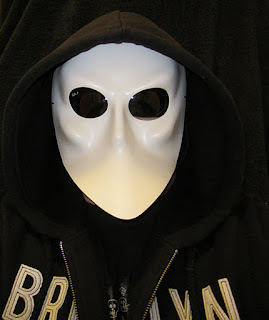 With five query e-mails sent to various literary agents I begin the task of getting the damn thing (aka my novel) published.

And now this Random Ransom thought. When you see someone smoking out on the now, tobacco filled streets of NYC and you ask: “What are you doing?” and they answer: “Oh, nothing, just having a cigarette,” what they really mean is:

LIFE SUCKS THEN YOU DIE! So I’m just helping that process along by inhaling some poisonous gas and then, oh yes, spewing it out in to the fresh, crisp Autumn air, because I’m miserable and everyone around me should be miserable TOO!”

Oops. Did I just think that out loud. Sorry. never mind.

Happy Day of the Dead
Posted by MDRansom at 9:23 AM No comments: Links to this post 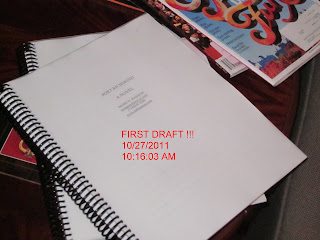 My friends. Here it is. First draft hot off the press. In scanning the first few pages, I see changes I would like to make, so it is by no means finished. Now the work begins. I must find an agent and a publisher. What is a novel called Port Richmond about?

When a Mexican/American day laborer falls to his death from an Upper West side Manhattan apartment building, it sparks a political and social uproar in post 9/11 New York City. An Emergency Response Building Inspector is assigned to work with detectives from the NYPD to investigate the possibility of wrong-doing, and winds up battling demons from his own past as the trail leads him back to his boyhood home in…Port Richmond.

More than anything, this exercise proves to myself that I am able to focus my scattered attention long enough to take on a big project and see it through. I look forward to the challenge of finding a publisher. I am already formulating the plot for another in a series.

Speaking of publishing…Alister Sanderson proposes to immortalize yours truly by filming me performing one of his riddle poems. Very excited about that also.

Stay tuned!
Posted by MDRansom at 7:56 AM No comments: Links to this post 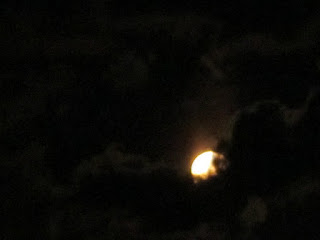 It’s almost three in the morning. I have been working since Friday afternoon, just got off a few hours ago, thinking about a friend whose father just passed. Drinking a Patron or two to his memory. The windows are open and the street is quiet save for the frequent passing of taxi cabs and the leaves rustling on the breeze. Not three miles from here, young people are staging an historic protest.

Much has been made about what people think they are doing and why they are doing it. My own two cents is just about frustration. People want to work, and work hard and feel that their life’s work means something. Nobody I know wants or expects a free ride, and to couch what the Wall Street protest is all about as a simple matter of “Let Them Eat Cake” is to over simplify and insult the entire endeavor. People are fed up. They are mad as hell, and they are not going to take it any more. The People are the sole premise for this whole thing to begin with.

We…The People…well...the people are dissatisfied. Conservative, Republican, Democrat, Liberal, Anarchist, we are all fed up. They feel…we feel, everyone feels that we are no longer represented in our representative government.

We…the People are exercising the right of free speech to let every one know it. There is a real consternation about the fact that there are no demands being made by the protestors. They have picked Wall Street as the object of their ire because…well, I don’t know why because…I can only guess, and so can everyone else…I do know that We…The people…BAILED WALL STREET OUT…so I think that entitles us…yes I said it…we paid…we should get our good capitalist money’s worth, we are entitled, by virtue of the good tax dollars that went into the WALL STREET BAIL OUT, to vent a little. OK so it was billions of dollars...to vent a LOT.

By the way,IT HAPPENED BEFORE, AND it’s happening all over.

To quote a late, great, famous, and beloved American Playwright: “In Spain, there was revolution. Here there was only shouting and confusion.”

God Bless John Marion. May he rest in peace...John..we hardly knew ye...
Posted by MDRansom at 11:59 PM No comments: Links to this post 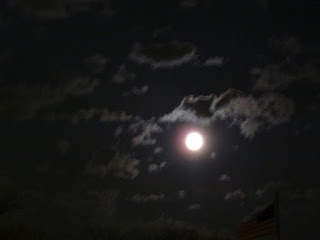 OCTOBER...AND THE LEAVES ARE STRIPPED BARE OF ALL THEY WEAR...DO I CARE...

It really is fall. I look back on a wealth of experience and wax with melancholy. Through the miracles of technology our pasts are no longer consigned to mere memory or moments captured in fading photographs enshrined on silver nitrate. Our friends from high school and before...and after...are now Face-Booked and Linked-In on My-Space...people we never knew had interest in us now say hello as if for the first time. The whole of a life's experience never leaves us, but is condensed, like a fine liquor, heady and intoxicating as we revel in the life lived, the loves lost, the loves gained, the dreams that remain...the dreams just that...fantasy...and the harsh halo of reality meshed with day to day onerous life of constant value. I pray every night giving thanks...to what ever all-in-all God, if you will, for my existence...for all it is and all it is not...I give thanks. And those who did not come with-in arms length for whom I still lust...and for those whom I've held in my arms and will ever love...my heart feels full and heavy, like a ewer overflowing with fresh cream and milk.

I just want to tell all of you in this moment, where you read these words and for a second join with my thoughts in this most incongruous and intimate of universes, that I... I am truly, truly, blessed.Thank you for your friendship past and present. Thank you for your thoughts and well wishes and know I send the same to you and yours...in our hours or need...we always have each other.
Posted by MDRansom at 4:37 PM No comments: Links to this post