Why there is still Hope for YES, WE CAN. 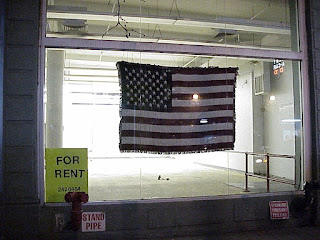 "Hillary supporters believe in a diverse America; one where religion or skin color or sexual orientation or place of birth aren’t liabilities or deficiencies or moral defects. Her campaign was one of inclusion and connection and inter-dependency. It was about building bridges and breaking ceilings. It was about going high.

Trump supporters believe in a very selective America; one that is largely white and straight and Christian, and the voting verified this. Donald Trump has never made any assertions otherwise. He ran a campaign of fear and exclusion and isolation—and that’s the vision of the world those who voted for him have endorsed."


These are facts except for one thing. The Democratic ticket won the popular vote. Which means more people believe in the Hillary vision than do Trump's vision (which his camp is now claiming was only a scheme to get him elected.) So we should be encouraged as a nation. We still have a lot of work to do. For every wall Trump builds we have to open a door, build a bridge, create a window. This is not the end. It's a beginning. Like Bruce Springsteen sings: "One step up and two steps back."

I think it is simplistic and just plain wrong to believe that people, all the people, who voted for Trump are xenophobic, racist, homophobic, war mongers. People are fed up with grid lock, with bickering, sniping, and insults. Those came from both sides. They are fed up our inability to move past our differences and get to that foreign place called "Compromise."

This was not a military coup or a hostile take over. This was cold, calculated, American style Democracy. Yes, Trump's base is...well...base.  And yes, now we have to fight against the Pandora's box he opened. Most of all, he is going to have to live with it.

Is he the next Hitler? Will there be death squads? Is this a zero sum game?

America was great, it is great and it will always be great as long as we hold these truths to be self evident...let us not lose sight of that. Peacefully protest. Petition the government. Take it to the Supreme court. Take it to the court of public opinion. But always fight the fight...the good fight.

Posted by MDRansom at 10:31 AM No comments: Links to this post