I am still very much a student of the theater with a special interest in Bertolt Brecht. His is the kind of theater which is in a class all by itself. Some of his text may be considered great literature, but mainly, it is in the staging of these texts, following tropes set down for his particular vision of what theater should be, where his work is most memorable. So when I heard about Saint Joan of the Stock Yards, (think of this as a mash up between Joan of Arc and Guys N’ Dolls), I was very intrigued. I have seen a few of scripts brought to life.

Now I can add Saint Joan of the Stockyards. Man. I love the title. Of all the work I have experienced so far, this is the most direct attack on capitalism. If that doesn’t alienate, well Irondale will make sure that before you leave the building you will have been hustled, cajoled, preached to, involved, fed, and hit up for more money. (Irony?). All this will entertain, inform, and move you in the most unconventional of ways.And I think you will love it.

The proceedings were positively Elizabethan with the bar open before the seating, direct address to the audience, clowning, improv, and all the artifice of theatricality laid bare for the spectator to judge, dismiss and then become immersed in the story of not only the characters, but also of the people portraying them.

If you have never seen Brecht performed, this is a must see. The world of Verfremdungseffekt
will materialize before your eyes.

Posted by MDRansom at 6:57 AM No comments: Links to this post 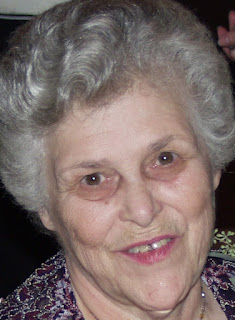 So, the cable was down, and the coffee maker went on the fritz…so I had to break the one out I got for mom…still had the remains of the last brew in it. I just want to say I am sorry mom, sorry for all the things I failed to do for you. I know you forgive me. Mad as you may have ever gotten toward me, I know you loved me. You are my hero. So brave in the face of terrible adversity. I cannot ever complain, and I refuse to do so because it has been so good. You gave me the work ethic. And I know I get lazy from time to time. It’s just me standing back and admiring it all. Trying to get it all down, trying to figure it all out, all beyond the common crass explanations of a jaded and profane world.

I am sorry I let the moments of our lives pass by like a cloud of smoke, smoke that burned my eyes and made me gag so that I felt I could never be close to anyone who was addicted to a toxic spew, sorry I could not overcome that and spent so many hours on the floor where the air was at least a little fresh. So much, so much I could never tell you…and now from your lofty perch, you know all…so they say and believe…those who believe. I believe I love you. My first love, the same love I share with my sisters, my lovers, and my wives. Love is the only power I will ever have, and that power comes directly from you. 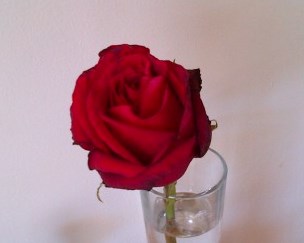 Posted by MDRansom at 5:06 AM No comments: Links to this post