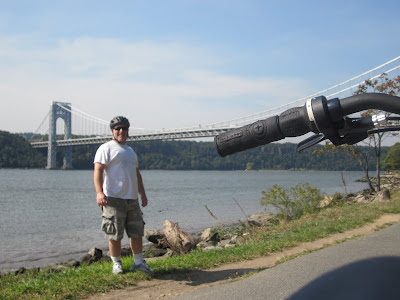 It's been a wild eleven days since my last post. Unlike the tenth year of memorializing 9/11...this past day of hearing names read, reflecting on the event and how so many lives were changed, how the world changed, how I changed -- represented a monumental shift for me personally. I feel in a way re-born. Like my previous life stopped at 8:46 am on September 11th, 2001, and just last week, I have been able to resume it. For the first time in a long time, I am thinking about me, my life, who I am and what I want. A catalyst for this shift is most certainly the fact that my wife, whom I worship and adore; who is my best friend, is so far away living our dream of the collegiate life in Academia. In our stagnant job market its prudent that I stay behind and continue in my present position, but more than that, I still love my job. I love New York. There I've said it. Even so, now I am getting present with what is going to be next for me. Part of this rejuvenation has been manifested by buying a bicycle. Now that I have so much of a gap to fill between shifts, I have taken advantage of the fall of summer and the onset of Autumn by riding. one of my most ambitious trips was to the George Washington Bridge, an almost 30 mile round trip for which I thought I was ready.The way there was a breeze, but the way back is all slightly up hill, all the way, all 13 miles, and then up and over the Brooklyn Bridge at the end. Fun, fun, fun, especially the day or two afterward. However, it was worth the pain. One hundred percent. The physical discipline of active exercise has inspired my return to writing my blog and more. I am revising the novel in preparation for a new round of submission to agents and publishers. I am keeping a journal. I am reading the Apocrypha, the Wisdom of Solomon. On my notepad I have jotted down the following quote :

"Love can not be hoarded."

I don't quite know where it came from, but it is a good one. So I will pour my love into my writing, into my friendships, into my work, into riding my bike, and into visiting the "South Kingdom" which is what we call our place in Florida, to visit my wife as often as possible! I started this post inspired by the following thoughts: When one is stuck in one's head, constantly contemplating life and all its dysfunctions, one can think they are going mad. But when you get present, when you stop and experience life by what your body is telling you, then you can be certain you are going mad. Love madness, madness in love, these are things the world needs more of. I embrace both my madness, and my love heartily. Of that I am certain. And certainty is a rare and wonderful commodity in today's market. Have a great week all. I am off to ride on the blissfully flat Governor's Island while the ferry from Pier Six Brooklyn is still running.
Posted by MDRansom at 9:26 AM No comments: Links to this post 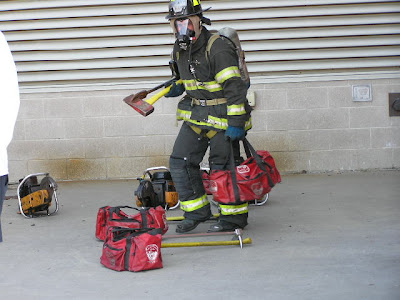 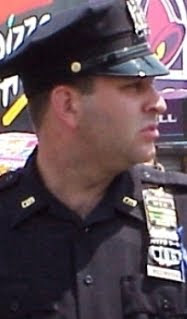 As a young man, I was introduced by my father to the towers of Manhattan. Instead of being daunted by those heights, I became exhilarated, challenged, excited, and inspired. Spending a good part of my youth dangling precariously from their sides, I was awestruck by panoramic views from the peaks of tall buildings like 40 Wall St, 70 Pine, and the Empire State Building full with the history of working men and women.

When I turned 40, I thought it was time for a change. On the advice of a good friend and mentor, the late Jack Meade, I came to work for the buildings department of New York City.

This was a turning point in my life. For in the employ of this great city I have come to meet some extraordinary people. I consider it a privilege to be able to work for this Emergency Response Team for this Building Department in this great City of New York. In ERT, the Emergency Response Team, I met Lloyd Cropper who in turn introduced me, one night at the scene of a minor stairwell collapse on E. 29 Street, to the Captain of FDNY Rescue 1. Terry Hatton went on to be one of the 343 New York City Firemen who raced into the burning twin towers on 9/11/01 never to return. This I can never forget.

I can not forget how the subtle, acrid stench of burnt flesh and melted plastic settled in the back of my throat. I was not a drinking man back then, but I don't believe there was any libation that could rinse the sickening taste of it from my mouth.

We who served at that time have not forgotten. Not that horrible, horrible, horrible morning. Nor the painful aftermath captured forever in images that for many of us are reminders of memories we wished we never had.


I did over night shifts at the Command Centers. First at the Police Academy on 22nd St. Then at the Pier. I shuttled often between Ground Zero and the west side. I will always remember the crowds of flag waving people lined along the road cheering every official vehicle as it passed. Day and night. They urged us on to do a task of unfathomable woe.

This scene was lovingly recreated by the organizers of a special tribute to rescue and recovery workers this past May at the 9/11 Memorial. We entered hallowed ground to the sounds of cheers of well wishers who have not, will not forget the sacrifice of ordinary working people who toil to this day and commit themselves humbly and honorably to building, tending to, and nurturing this amazing way of life.

Gone are the feelings of immediate grief and overwhelming sadness. They have been replaced by a feeling of being locked arm in arm with every other person of good faith. A feeling of determination and commitment to each day and the job we do.

Today I remember, but I also contemplate those who never knew, who can't imagine what it was like.

In some ways I envy their ignorance, in other ways I am challenged anew by a tolerance one must develop for conspiracy theorists and those who simply do not believe, for what ever reason, that New York City, Washington DC, Shanksville PA, the United States, the world, suffered a great hurt, enormous harm at the hands of evil doers. Even today, people still don’t realize how lucky we are to be alive and to have good jobs. Our work place is vibrant with the good-will and intentions of those who never forget for a second what our mission is. Any pettiness is offensive to those who deal constantly with our neighbors’, members of the tax-paying public, experiencing the worst days of their lives. When the relative peace and security of their homes has been violated by fire, collapse or worse, we are part of the civil work force, the social fabric, which ensures the fires go out, the buildings are tended to, and people are not left on their own, alone, to deal with devastation.

I was raised in New York City’s bad old days. Gas prices were not just high. There was no gas. In 1975 the tabloid headlines blared: FORD TO CITY: DROP DEAD. Ladies and gentlemen, the Bronx was burning.

This town, like all of America, has seen some very tough times. And we have come back to be better than ever. The time changes. One World Trade rises high so people can once again live and work in the most soaring heights of New York City. I feel blessed to live and work in New York at this time of rejuvenation. And that will never change.

Posted by MDRansom at 5:29 AM No comments: Links to this post

Dad, I covered the tornado in Canarsie today and could not help but think you had a hand in those events especially because the Saint Jude school on Seaview Avenue, with it's huge green sign stared me in the face and made me smile. Did you enjoy tearing half the roof off a house with an 110 mile per hour wind from the tip of your God-like finger?

And no one hurt, no person injured. It was a humbling day in Brooklyn. I felt your presence, keenly. I think of you every day, especially today, the day four years ago when you passed to the other side. I feel you with me always, all you showed me, taught me helps me with each and every moment of my life, your love flows through as sure as your blood.

I can't imagine getting through life without thinking of how much you would get a kick out of this life I live. This crazy job, the tragic things I see on a regular basis. The joy I get out of patting complete strangers on the back and telling them everything will be alright. People care, we care, New York cares, I...care.

Miss you Dad, every day. Miss sharing with you.
Posted by MDRansom at 11:06 PM No comments: Links to this post

What Would Harry Say? 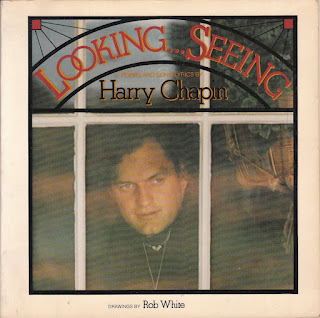 Not Harry Truman, though I imagine he would say quite a bit about our current situation. Here's what Harry Chapin had to say:

Together we can make a difference. Which of the two lame ass parties is offering a "We are in this together..." and which is offering "You are on your own." ?

In the rarest of circumstances in history: We bailed out the banks, the very institution which created the crisis...now its their turn. Do not let them off the hook by putting people in power who will cater to their every whim.

There no such thing as a "Free Market". Markets are tightly controlled. That game is rigged.We need people like Thomas Jefferson, Andrew Jackson, and Abe Lincoln, individuals unafraid to take on the big banks and the Congress that supports them.

"Pay no attention to that man behind the curtain?" The man pulling strings and scaring the be-Jesus out of everyone? Attention must be paid. Public agencies must act in the public interest. Which public? The whole, everyone. It's up to folks like us, "people like you and I..." to hold our leaders to the ideals set forth through-out our history, our core values of liberty, equality and prosperity for all.

Posted by MDRansom at 6:58 AM No comments: Links to this post