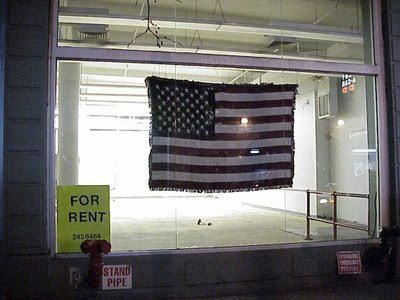 Seven days ago, we elected a new president in an historic confirmation of faith in the American system. November 4th also would have been my father's 78th birthday party. Today, we celebrate the veterans of War who have sacrificed to serve our nation in times of dire need.

I abhor war. Yet the men and women who fight for my freedom are my brothers and sisters. Thus, the cruel dichotomy of modern living splits me in two on the subject. I want to thank my friends and family for their outpouring of love during our time of grief. I want to thank the soldiers.

Two months have now passed. I think of my father everyday as I have done most of my life. The feeling that he is now with me in my experience of life is an inextricable part of my consciousness. Today, Veteran’s Day, I cannot help but think of Fathers and War. Theatrically we have seen two very different productions featuring soldiers. One called "Black Watch" at 's Warehouse about a squad of Scottish warriors and their experience in , and an inter-active theatre installation called "Surrender" at the Ohio Thater in SOHO, where ordinary citizens get a quasi taste for what it was like doing house to house, room to room searches in a town outside of .

One word of caution should you think of participating in "Surrender", remember the phrase:

My work at the NYC Buildings Department also moves forward. I feel I am doing a great service to my community by continuing to train new inspectors. Yet, I lament the sacrifice of my artist self. However, I feel expressed in a different way. I am working to impress upon a group of men and women that what they do makes a tremendous difference in the world of the New and Improved New York City. Even though, for me, the place I call "my home town," resembles more and more a never ending episode of Sex in the City where I am not even visible to the twenty something’s and thirty something’s living out their dreams and fantasies on my city streets. My job is to keep them safe; to make responsible the callous and careless contractors and building owners; to prevent squalor and poverty from spreading; to protect people from the horrors we create though ignorance, or greed, or malice; to maintain fairness and evenness despite the acts of politicians to deny us our equal rights. (I've cancelled the trip to . We won't be spending any money there.)

This shit keeps me going. I love life more than ever. I am a warrior for the hedonistic principles of Pleasure. The stock market has crashed, wars rage around the globe and here at home and there's only one thing left to do: Have a party. Like it's 1999!!!

Posted by MDRansom at 7:06 AM No comments: Links to this post